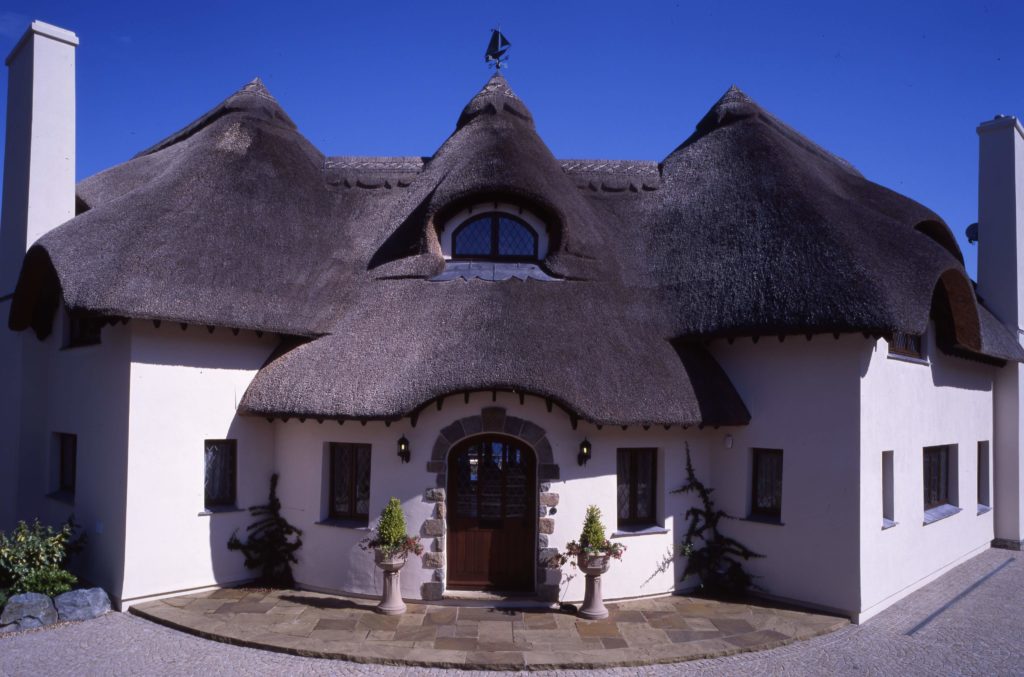 Keim Mineral Paints originated in Bavaria in 1878 and are now used extensively around the world. The system was developed by A.W. Keim to   reproduce the appearance of lime fresco finishes which were able to withstand harsh weather conditions.

The system is a liquid silicate paint which comprises a potassium silicate binder with inorganic fillers (feldspar) and natural earth oxide colour pigments. When applied onto a mineral substrate the binder is absorbed and forms a micro-crystalline silicate structure. This crystalline structure allows the substrate to breathe but prevents the ingress of driven rain – a truly micro-porous coating.

The unique longevity of the system has been proven in a number of cases where Keim has performed satisfactorily for periods in excess of 100 years. There are buildings in Europe which were decorated in the 1890s, these buildings are still in excellent condition today and have not been decorated since. An example of this is Schweiz Town Hall in Switzerland which was decorated in 1891.

Keim Mineral Paints provide technical service and support encompassing project specifications, application and colour advice to a diversity of projects, from historic to modern, restoration to new build, private and public. To date, Keim mineral paints have been applied on over 15 million square metres of surfaces within the UK

Keim paints create a microcrystalline bond with the surface making the coating an integral part of the substrate. Conventional Masonry coatings are surface film forming coatings.

This microcrystalline bond allows moisture vapour to pass through the minute gaps between the particles within the substrate. Keim can achieve in excess of 96% of the original breathability of a surface once applied. Film forming coatings smother the entire surface and restrict the passage of moisture vapour, which can build up behind the coatings leading to paint flaking.

The microcrystalline bond formed by Keim paints creates a longer lasting coating. The paint becomes an integral part of the substrate – in Europe there are buildings painted with Keim after 100 years still in excellent condition. Film forming coatings typically do not have this kind of life span as the bonding is adhesive.

As Keim paints are made from earth oxides pigments the colours do not fade, they are completely UV stable. There will be no discernible difference between buildings painted in the same colour at different times. Film forming coatings are not UV stable and therefore can show significant fading of colour over time.

Keim Paints are inherently resistant to mould and fungal growth due to their high alkalinity, (pH is approximately 12.3), and will therefore provide longterm resistance to mould and fungal growth. Keim paints are inorganic so there is nothing for algae to feed upon, preventing its growth and build up on the surfaces. Conventional film forming coatings are slightly more acidic than Keim paints, are closer to the middle of the PH scale and, being organic, provide a food source for fungus and algae spores.

The crystalline structure formed by Keim points is an insoluble silicate structure, similar to silica sand on a microscopic scale, and is highly resistant to both strong acids and strong alkalis.

Keim paints comprise a liquid potassium silicate paint binder with natural earth oxide pigments and natural mineral fillers, such as feldspar. They contain no solvents, are VOC free, odour free, harmless and have no toxic
emissions. Keim products are carbon neutral. The majority of film forming paint coatings contain all or a combination of oil based additives, petrochemicals, hydrocarbons, acrylics etc..

Due to the crystalline bond between Keim and the underlying substrate it takes on the same co-efficient of expansion as the mineral substrate, allowing existing or any possible future structural defects to be effectively monitored.

The crystal structure of Keim paints provides excellent light reflectance characteristics which can satisfy lighting performance requirements in a wide variety of shades. Film forming coatings will often absorb a proportion of light rather than reflecting it, meaning they are not as light reflective. The crystalline structure of Keim paints reflects light as it hits
the surface, the paint is a flat matt in appearance; resulting in Keim paints appearing crisper and brighter in all lighting and weather conditions.

Keim paints are inherently non-combustible and do not give off any toxic gases. Both the manufacturing process and the composition of the material create an incombustible product Conventional film forming coatings contain petrochemicals
and acrylic which are more likely to burn in a fire.

• Using Keim over conventional paints will give the benefits of light reflectance, UV stability, resistance to mould and fungal growth, acids and alkalis and lack of dirt retention.